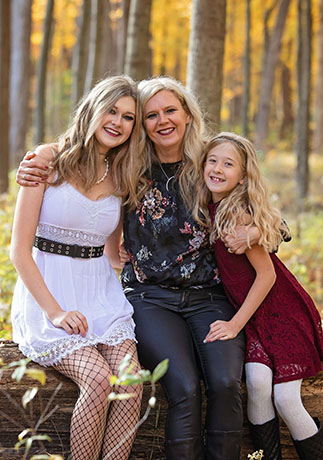 Maintaining good oral health habits is important because unhealthy bacteria in the mouth not only affects teeth and gums, but may also be associated with several serious medical conditions. This includes not only brushing and flossing daily, but also quitting smoking, eating a healthy diet, and regular exercise.

The inflammation and bacteria associated with periodontal (gum) disease have been linked to six out of the seven leading causes of death in the U.S., including heart disease, stroke, diabetes, cancer, chronic lower respiratory disease, and Alzheimer’s disease.

When a patient presents with one or more chronic oral-disease states, such as gum disease or a tooth abscess, inflammation is occurring in that patient’s body in response to a bacterial assault. The patient’s body responds with localized inflammation, which can become chronic if the assault continues. This is where the inflammatory cascade begins, which can lead to inflammatory diseases that cause the body to constantly fight infection within itself.

The mouth is an incubator for more than 700 species of bacteria that double in a few hours if left undisturbed. As bacteria multiply, they form a complex network of protective layers and channels known as biofilm (plaque). Bacteria in this matrix of biofilm are the major cause of gum disease.

Believe it or not, bacteria that isn’t eliminated in the mouth may be transferred to the bloodstream, where it makes its way to the heart and other blood vessels.
People with periodontal (gum) disease are twice as likely to develop heart disease and arterial narrowing, as a result of bacteria and plaque build up entering the bloodstream through the gums.
This plaque buildup (and eventual blockage) of a major artery can lead to heart attack, stroke, and other concerns.

High levels of disease-causing bacteria in the mouth can lead to clogging of the carotid artery and increased risk of stroke.

The presence of any gum inflammation can make it much more difficult for a diabetic to control its blood sugar. Type 2 diabetes is another inflammatory disease that is more commonly seen in patients with periodontal disease. 93% of people with periodontal disease are at risk for diabetes. The pancreas is the gland that is in charge of producing the cells that make insulin, which help regulate blood sugar levels. Poor oral hygiene and gum disease can cause the body to develop an insulin resistance, which in turn can cause type 2 diabetes.

Inflammation is the matchstick catalyst that ignites the bodily response that causes people to become resistant to insulin, the hallmark of prediabetes and type 2 diabetes.

Bacteria from gum disease can easily get into the saliva. From the saliva, it may adhere to tiny water droplets that you inhale as you breathe. For those patients who have a compromised immune system or chronic obstructive pulmonary disease (COPD), this can be very dangerous.

Also, bacteria can enter and travel through the bloodstream to the lungs where it can aggravate respiratory systems, especially in patients who already have respiratory problems.

Lack of regular brushing and flossing leaves small food particles wedged between the teeth that collect bacteria, which emit chemicals like hydrogen sulfide (the same compound that gives rotten eggs their characteristic smell)!

Periodontal bacteria can travel through the bloodstream, enflaming blood vessels and blocking blood flow to the genitals. Men with periodontal disease are seven times more likely to experience erectile dysfunction than men with good dental hygiene.

Studies continue to demonstrate a link between gum disease and an increased risk of Alzheimer’s disease later in life, as well as links between rheumatoid arthritis and even kidney disease.

Eliminating inflammation anywhere in your body is the key!